My self-confessed war on plastic. 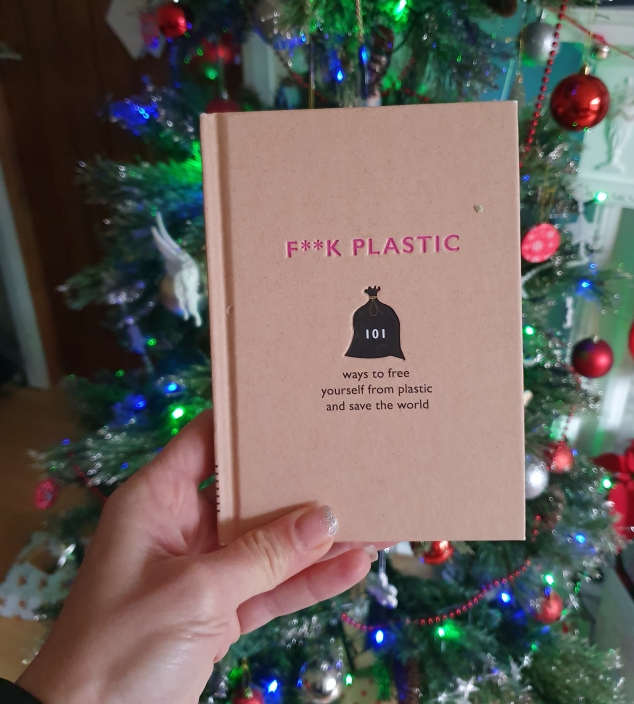 when I started this hobby of travel blogging, I felt that if I was going to be taking myself around this planet of ours by whatever means, be it planes, trains or automobiles that I had a certain level of responsibility to offset my carbon footprint somehow and in some small way.

Don’t get me wrong, I’ve not become one with nature completely, stopped wearing deodorant, shaving my legs or sworn off meat, which I’m sure won’t sit well with everyone’s idea of eco-friendly.  Instead, I’ve begun to make small changes to my home to rid us of as much unnecessary one-use plastic and chemicals as is realistic.

I hear you argue that little ol’ me isn’t going to make much of an impact alone and you’d be correct but that doesn’t mean I can’t make some minute difference to the preservation of the planet.

An episode of The Blue Planet that I watched recently in which a shark had the remnants of a plastic bucket lodged in its mouth was enough to make me think that a difference, even a small one is better than no difference at all.

My first ‘swap’ was to eco-friendly washing up liquid, it’s not as soapy but still does a good enough job, it comes in a plastic bottle that is recyclable but I’m working on my own homemade washing up liquid.

My next ‘swap’ was the liquid soap to bars- for the same price as the bottled soap, the bar lasts three times as long. Big win on all fronts.

We worked out that over a year we get through a shower gel a week- that’s 52 bottles! imagine all that piled up in front of you. I have had various soap bars from lush, online and supermarkets ranging in price from £1-£6, so can be more pricey and will last around four weeks which sort of makes the coast equal.

I’ve since begun making my own soap, the initial cost of setting up everything I needed was around £100 but now I can produce bars of soaps of my own which takes the transport of soap out of the equation too. 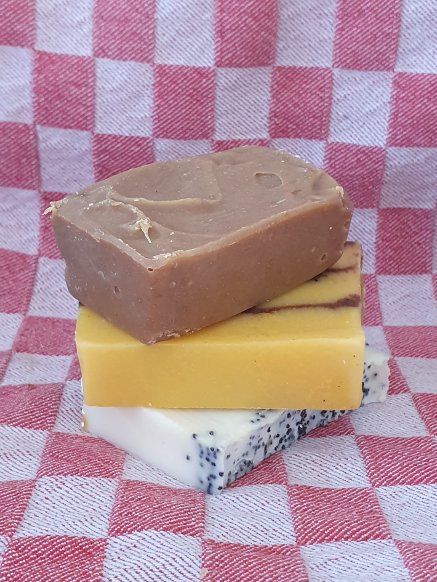 Shampoo ‘swap’ has been a bit hit and miss, I’ve bought shampoo bars online, finding this the more difficult buy to lay my hands on in stores, it’s not the best for long hair- Mark is fine but I looked like I’d had my finger in a socket once it dried and my hair felt strange. So I’m currently on a half and half basis: I’ve had to go back to the bottled kind while I hunt out other options. I’m open to any suggestions as to where to buy a nice soap that leaves my hair feeling silky, not clumpy.

Baby wipes/makeup wipes and cleaning wipes have been the biggest ‘swap’ and potentially the most significant one I’ve made. Wipes do not degrade quickly, if at all. They are slowly changing the shape of our rivers as some are flushed, ending up in the sewer system. I didn’t want to swap baby wipes for cotton wool as this too has plastic in it. So I went old school: flannels and makeup remover ( switching to coconut oil as a remover shortly) and cloths with a plant-based kitchen/bathroom spray. We also bought a steam cleaner, which does away with a lot of chemicals too.

One of the most impactful ‘swaps’ for us was ditching cling film. We made the move to foil but after two months of this, I became tired of the guess the contents game and bought silicone food storage bags instead – I found these online. they’re great, they can be frozen, have a good airtight seal and can be washed and reused. 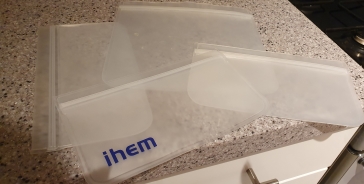 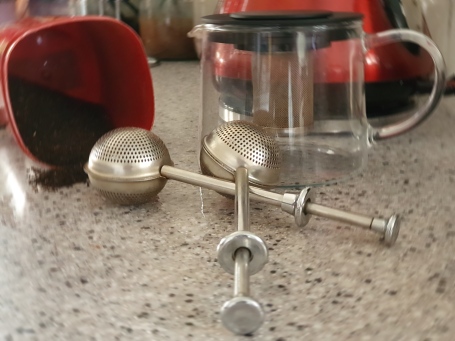 I have become much more mindful now of what does and does not contain plastic, it’s hidden in the most eye-opening items. I never knew that there is a certain amount of plastic in teabags. I became even more aware of this when I emptied my compost bin this year to find many empty tea bags amongst the fresh compost. I do quite enjoy tea from a pot made with loose leaf tea and I can then tip the leaves into my compost bin. And, because making a whole pot for one cup would be wasteful I bought some individual metal tea infusers. Job’s a good ‘un.

Did you know a toothbrush takes 400 years to decompose? yep, you heard right 400 years! That’s madness, something you put in your mouth for oral hygiene that you only use for three months at the most will be on the planet long after your bones have been reduced to nothing. Bamboo toothbrushes aren’t cheap, costing twice that of a conventional brush and lasting half as long but the turtles will thank you! 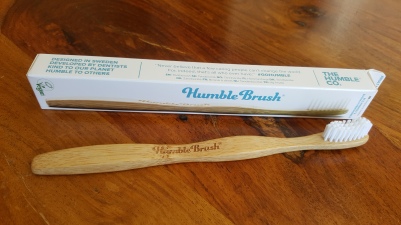 I recently found a brand called ‘humble smile’ sold in Superdrug, £3.99, lasts around two months and part of the money goes towards cleft pallet operations for children in poorer countries.

We moved to toothpaste tablets from the paste in a tube- I can’t get on with it and so for the time being have swapped back, Mark does like them though. I’ve seen ‘toothpaste soap’ in a glass jar so that might be my next move, watch this space! 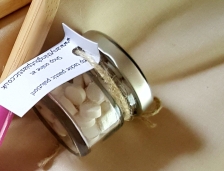 I have slowly been on a roll through the house looking for things to swap out. We love our condiments in this house, ketchup, mustard, mayo, all available in glass jars and bottles – an easy switch. The fridge pretty much was raided for anything that had a nonplastic alternative: butter, honey, squash, cream cheese, veg that can be bought loose now are, garlic, ginger, onions, potatoes, carrots, mushrooms and if containment is an issue I bought some veg sacks made from recycled plastic bottles so I don’t need to worry about them rolling around the cupboard and because they aren’t sweating in plastic airtight bags, they aren’t going off as quickly so I’m putting less rotten food in my compost bin. I’ve seen that both Tesco and Sainsbury’s sell these on their veg aisle now.

Yoghurt is another big buy for us and one I needed to get an alternative for, to rid myself of all the pots. The best option was to make my own: a foil sachet of powder, water, and a yoghurt maker and in 12 hours you have ready to eat yoghurt. I pay £14 for 6 sachets from Lakeland and the maker was £14, I get through one a week. One sachet makes a kilo that I decant into a small pot to take to work or for the children to take to school. It does work out to be about 50p more expensive per week.

Gone now are my throw away dishcloths and scourers, replaced with cloth dishcloths that I wash and reuse and have replaced the scourer with a coconut husk-made alternative from ecococonut. I love this product, it works amazingly well, I’d expected it to fall about after a week. I bought two for £6.99, and I’m still using the first one! I’ve had them for six months and I just put it in a bag and send it around the washing machine occasionally. 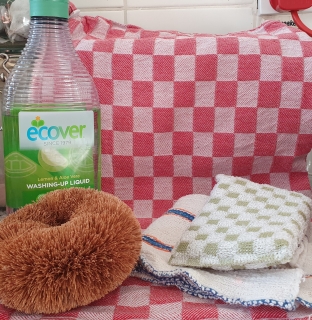 Did you know, not all councils insist you bag up your rubbish before putting it in the bin? I checked before I made this change but our council will take unbagged rubbish so we fill our kitchen bin then pour into the big bin and wash the kitchen bin before refilling.

I don’t buy tinned food in bundles of four wrapped in plastic and where possible I choose recycled options with paper products, it’s nice to see that you can now buy planet-friendly wrapping paper too. We’ve made many other small changes, that really requires nothing more than moving your hand ten centimeters further along a shelf in a supermarket and an extra pound maybe.

As a household, we have a long way to go I’m sure, and I’m also sure, I’ll never be rid fully of one-use plastics but I hope as I keep researching and finding alternatives, I will make a good, if small, impact on this beautiful planet. We are merely custodians, not owners, we need to leave a world worth having for our future generations.